I work with entrepreneurs who are absolutely ready to take their business to the next level! I help then handle the legal side of their business – while making it feel like a spa retreat.

When everything seems to be going well with a prospect and I’m JUST about to close the sale. The only thing I need is that signed contract… but then, BAM!

Like the first date who suddenly disappears after 3 hours of great conversation & fun, they ghost. *shudder*

And then I’m left with the existential crisis of wondering: Was it me? Was it them?

After signing up with many other vendor’s services, I’ve come to realize that sometimes, the answer was: me. Well, specifically, my badly written contract… and the fact that, for the most part, potential clients & customers didn’t want to bother negotiating better terms.

I learned the hard way that business owners are accidentally hurting their business with bad contracts. Oy vey.

So, from a fellow business owner-slash-lawyer, here are 3 common mistakes I routinely see in contracts I’ve reviewed and what to do instead.

Sometimes, it’s a contract dotted with so much legalese, even lawyers have to re-read the same sentence 3 times… and then pull out legal dictionaries.

From a client’s perspective, especially if they’re not business owners themselves who deal with contracts often, these types of contracts are threatening.

I’m a big anti-fan of legalese.

And my general rule is, unless it’s a term of art–that is, a legal word that has meaning on its own–trim words ruthlessly: 99% of the words in a contract should be readily understood without having to take 3 years of law school.

For this, I like using the Law Society of British Columbia’s Modern Writing for Lawyers to catch instances when I default to gobbledygook out of habit. Gerald D. Sanagan’s Encyclopedia of words and phrases, legal maxims, Canada helps make sure I don’t accidentally get rid of terms of art.

Now, I’m not going to tell you to get rid of all the boilerplate language.

Because, sometimes, they’re there for a reason.

A force majeure clause, for example, is generally necessary for an event planner’s service agreement. Because, as we all learned from the Covid-19 experience, events get cancelled for all sorts of reasons, sometimes through no fault of either party, and they need a way to exit that contract cleanly.

Other times, they’re like the extra pair of heels I’d pack on a long weekend trip. It’s nice to know they’re there in case I decide my other pair wasn’t the right color (I know I know, I don’t get me, either!), but realistically, I’m overpacking.

For example, the “entire agreement” clause. This is the clause that basically states that only the words in the document matter and that the parties haven’t made any other agreements except for what was stated in the contract.

In law, there is a principle called the “parole evidence rule”. Which means that, unless there are legal exceptions, it is ONLY the words on the document that matter.

In other words, more often than not, that “entire agreement” clause doesn’t need to be there.

Now I won’t be able to go through considerations for every boilerplate clause in this post, because there are MANY (par example, in the UK).

But for now, what you can do, is really think through your project. Like Serena Williams visualizing practice + game day, walk through your project from your first point of contact with your client before she becomes a client through to you getting paid for the stellar work you did!

And then, ask yourself, based on what the boilerplate clause does, does it NEED to be there?

Legal contracts don’t have to be ugly.

There, I said it.

See how the design makes the contracts easier to read?

When a standard form contract comes across my desk for review, and I see how generally unfair the terms are for the signer, I can’t help but wonder if it is a contract template from a free sample on the Internet.

Because an all too common thing in standard form contracts is it borderlines going against the legal doctrine of unconscionability. And when a court finds a contract–or contract term–to be unconscionable, that contract (or contract term) becomes void and unenforceable.

This happened in a recent case between David Heller, on behalf of other Uber drivers, and Uber.

This case started because David Heller filed a court case in Ontario arguing that Uber’s business practices went against employment standard laws. And the reason this went aallll the way up to the Supreme Court of Canada was because Uber, relying on its standard form contract, said that this matter is outside of the jurisdiction of Canadian courts and must be decided by an arbitrator in the Netherlands.

Ultimately, the majority of the Court was like “Nahh. That arbitration clause? Which required Uber drivers to pay US$14,500 in administrative fees upfront before they can have their issue with Uber decided…in the Netherlands? That’s unconscionable and invalid. This case stays in Canadian courts.”

In determining whether the standard form contract was unconscionable, the majority of the Court looked at two factors:

(A: Yes. Uber driver couldn’t negotiate the contract and had to sign it as-is to become an Uber driver.

2. Did the contract terms favour the stronger party to the big disadvantage of the weaker party?

(A: Yup. No question. That arbitration clause was “prohibitive.”)

And so that’s why we must always take care in the standard form contracts we use in our businesses.

For most situations, an independent legal advice clause is helpful when strategizing against unconscionability arguments against our contracts.

What this looks like is a clause that explains both parties had a chance to look over the contract, bring up issues and negotiate better terms.

AND a business practice that allows the client/customer to sleep on the terms of the contract and negotiate better terms before signing.

Basically, try to keep things as fair as possible for both parties.

Let’s pretend Peter Parker was a brand photographer for other personal brands other than Spiderman.

Peter will want to edit the standard clause found in most photography contracts that kept the copyright with the photographer and forced the client to pay extra for a license to use his work for commercial purposes.

Because who goes to a brand photographer if not to have photos for commercial purposes?

And what brand photography client will want to have to ask for permission from the photographer every time before he or she (the client, not the photographer) uses a photo to market his or her business (which is what’s required to not infringe on the photographer’s copyright)?

If he doesn’t change the clause, Peter will have a contract that’s grossly unfair to his clients. Which would likely make his efforts to protect his IP have no teeth.

So, in editing the standard form contract, Peter could consider granting a commercial license to his clients by default and just include the cost of that license in his pricing.

Or… He could hand over the copyright to his clients and keep a license for himself to use the photographs in his portfolio.

As you can see, either way, Peter gets a happier client who now has photos to use for marketing his or her business without worrying about infringing copyright. And Peter is still able to use the photos to market his services.

As for which clause is better? There is no right answer. It really depends on how Peter would like to do business.

At the end of the day, what’s important is to follow the Golden Rule of doing to others how we would like to be doing business. Ie: let’s keep things fair.

Another problem with many standard form contracts is that they leave too many words unspoken.

In law, there’s a rule called: contra proferentum (fancy Latin, roughly translated as “if this clause can be read in more than one way, this clause will be interpreted in a way that’s disadvantageous against whoever drafted this contract”).

It’s neat because it’s the courts recognizing that it isn’t fair for the contract’s drafter to purposely confuse the signer so that the signer accidentally signs away her rights!

This rule was at play in another recent Ontario between Paramount Painting & Renovations Inc. and Mr. Dunn. 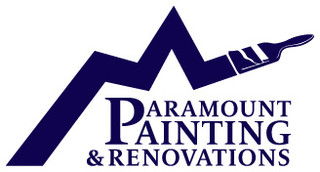 In this case, Paramount was hired for a simple renovation project but the question remained on whether Mr. Dunn owed Paramount for extra work he performed that exceeded the scope of work the parties initially agreed upon.

Paramount had a form described as “general service agreement” downloaded off the internet & reviewed by a paralegal. But the service agreement wasn’t fit for his industry. It lacked important details such as construction drawings or measurements–things he might’ve included had he gone to a lawyer who understood his industry.

While Paramount ultimately won its case because of later events that caused a new agreement to be reached, he had to spend 4 days in trial to recover $24,870.40. Justice Gordon opined Paramount likely spent more than that on lawyer fees + court fees + other disbursements (!)

Pro-tip: Get a 2nd Pair of Eyes

And if you’re getting a lot of varied answers, bingo! You’ve likely found a clause or two that need tightening up.

Standard form contracts can be bad for business if they’re unnecessarily wordy, grossly unfair, and ambiguous.

As business owners, we have to think of prepping our contracts like we’re having to serve Goldilocks a three-course meal. We have to tweak them till they’re juuuuust right, so we can protect our business + enjoy our business relationships.

Let’s have some fun! Leave me a comment of a standard contract template term with one of these problems, and I’ll try re-wording them ^_^

« 5 Strategies to Avoid Burnout as an Entrepreneur

back to blog home